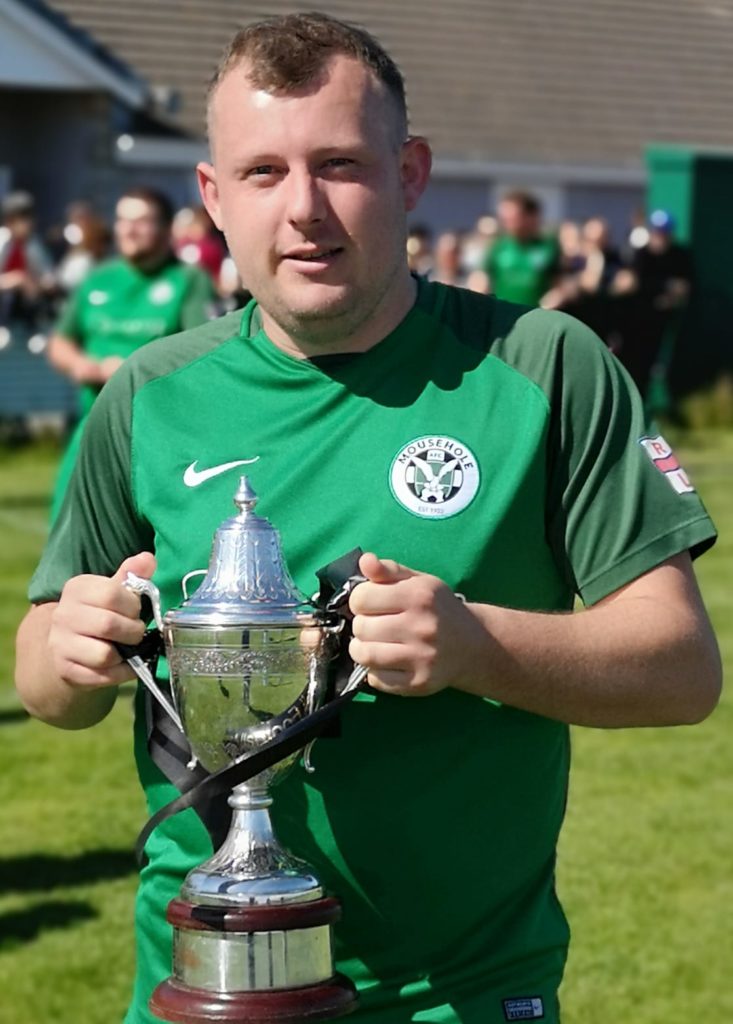 It’s the end of one chapter and the beginning of a new one at Mousehole AFC, with the announcement that Reserves’ team manager Harry Tonkin has decided to stand down.

The 31-year old is a genuine club stalwart, having started playing for ‘Mousehole Minis’ at the age of six, progressing through the ranks to Senior football, and latterly to the role of player-manager for the Reserves.

The Tonkin family have been a significant part of the ‘Mousehole DNA’ for some considerable time.  Harry’s father Anthony was club Chairman from 1995 to 2008, while mother Christine, known as Annie, was club secretary and football secretary from 2001 to 2016, both of them hugely respected personalities in Cornish football.  Harry’s older brother Anthony started at Mousehole before embarking on a career with a variety of professional clubs, while younger brother Jon also played until recently for the Reserves, and cousin Tyler is a current member of the First team squad.

During Harry’s five-year period as their manager, Mousehole Reserves have achieved unprecedented success.  In 2018, after winning the Trelawney League Division One title, his team were promoted to the newly-formed St Piran League at Step 7 of the non-league pyramid, the highest level in their history.  That same season, he presided over a remarkable run in the Cornwall Junior Cup, reaching the semi-finals for the first time ever.  A  nail-biting win saw the team progress to the Final, where his team of underdogs showed immense character and togetherness in a never-to-be-forgotten win against the favourites to lift the 127-year old trophy on a sunny May afternoon at Hayle.

Speaking of his decision, to hand over the reins, Harry said:  “After five fantastic years managing my childhood club I’ve made the tough decision to resign as manager of Mousehole Reserves.  I believe it’s the right time for me to step away and let someone else take the team on.  I would like to thank my back-room staff of Mark Trevail, Tom Hooper and Matt Howes for everything they’ve helped with during this period, as well as the players I’ve had the honour to manage, and of course the club Committee and volunteers for all their support.  It’s been a successful time, the highlights being winning the Trelawney Division One league and the Junior Cup, so I’m leaving a happy man.  I’ve decided to take some time out of the game, but I’m sure I’ll be back in the future. Finally, my best wishes to the future manager.”

Deryk Heywood, Mousehole’s Chairman, added:  “Harry’s parents would have been mightily proud of what he’s achieved here.  I cannot thank him enough for his service and commitment to the club.  With 25 years’ involvement already, he is Mousehole through-and-through.  I’m sure he will continue to play a useful off-field role at Mousehole AFC and contribute to its continuing success as the next chapter unfolds.”

Mousehole are currently looking to strengthen the pathway for players to progress through its team structure.  This will involve thinking of the Reserves as a ‘Development Squad’.  The squad will have a younger average age, and benefit from a coaching scheme integrated with the First team led by manager Jake Ash and his coaches.  Success will not just be measured by League-table position, but by the recruitment of promising youngsters from the club’s flourishing Youth teams, as well as the promotion of players capable of holding down a place in the First team squad.

Director of Football Adam Fletcher (afletcher@playertrader.com or adampaulfletcher@googlemail.com) is keen to hear from anyone at this stage who is interested in taking up this management challenge.