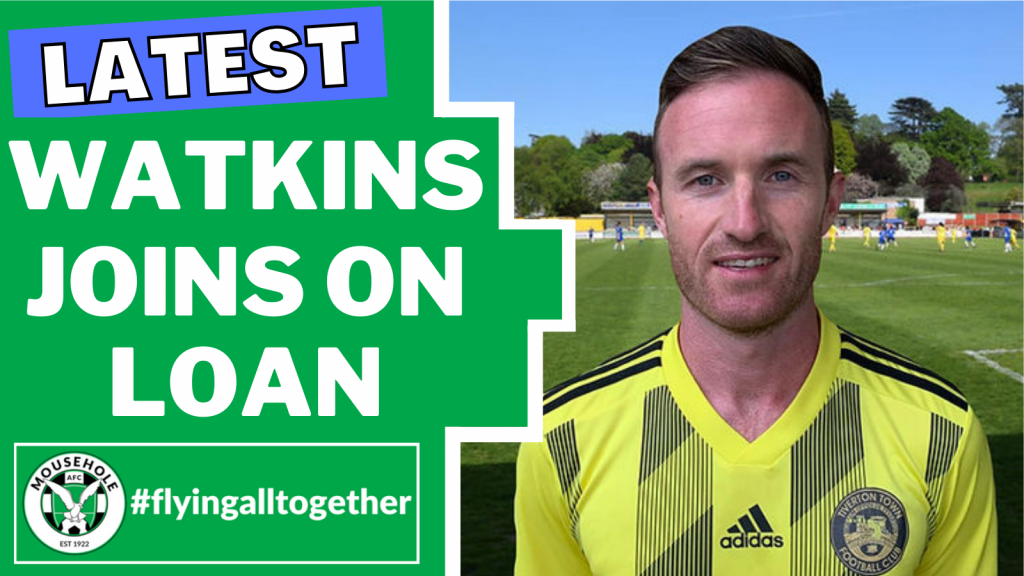 The Cornwall-born and Launceston-based striker has been one of the south-west’s most accomplished non-league players in recent times, with successful periods at the higher end of the National League System.

His early footballing career began at Launceston, followed by spells at Bodmin Town, St Blazey, Plymouth Argyle and Bideford.  He joined Truro City in 2006, scoring 143 goals in 295 games, and was a member of Truro City’s victorious FA Vase team at the New Wembley in 2007.  In 2013 he moved to Bath City, making 200-plus appearances and scoring 50-plus goals before joining Tiverton Town in 2020.

Now aged 36, ‘Watto’ is currently looking to gain full match fitness after suffering a prolonged injury playing for Tiverton Town, and will join Step 5 Mousehole for the club’s December fixtures.

Mousehole’s Manager Jake Ash – a member of the highly successful FA Vase and serial promotion-winning Truro City side – is delighted to bring in one of his former playing partners:

“While it may only be a short term thing, it’s a brilliant signing for us. Having spent a large chunk of my playing career alongside him, I know exactly what Andy will bring to the group while he is here.  His ability goes without saying, but his intelligence, work rate and attitude are so infectious and the group of young lads we have here will learn so much from him.”

“I want to thank Tiverton Town, and especially Scott Rogers, who have been brilliant in assisting with this ‘loan’, just as they were recently with their goalkeeper Jimmy Weeks for our FA Vase run.  Scotty said that Andy had been Tivvy’s best player in the games before his injury, so our intention is to get him flying again, ready to go back and push them on again.”

“In the meantime, I am certain that however long he is here, Andy will add an incredible amount of quality and experience which can only help the team in both the short and long term.”