In a significant pioneering initiative, Mousehole AFC are to set up a world class long-term player development Academy and Elite Player Performance Programme, the first part of the club’s innovative and ambitious 5-year plan announced last week, and have moved quickly to pull off a major coup in appointing Jason Blunt (Leeds United) as full-time Head of the new Academy. 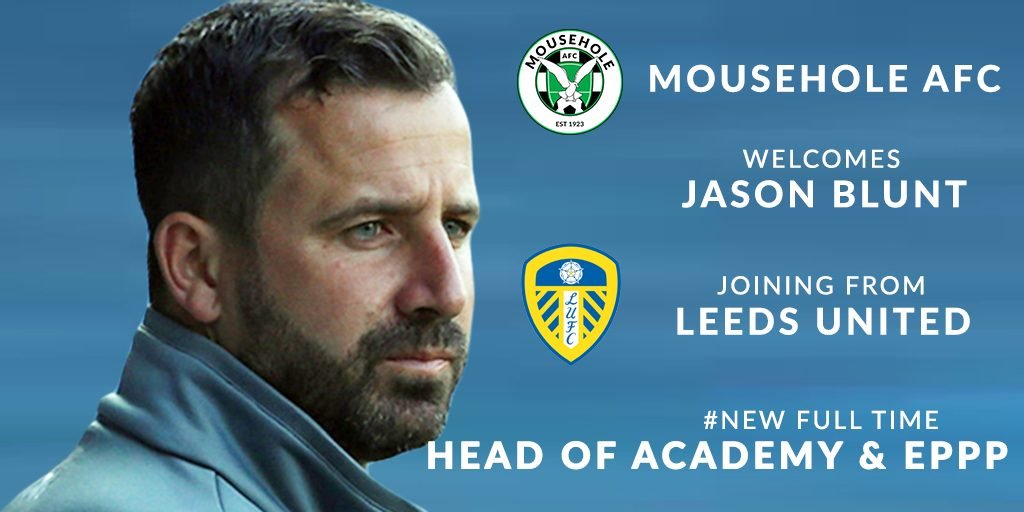 Newlyn-born Jason Blunt (pictured) is joining the Academy from Championship club Leeds United, where he has been a Premiership player and is currently under-23s manager, to lead the new Academy at Mousehole and implement a unique Elite Player, youth and development programme.

The Academy will have an Elite Player Performance Programme for players aged 16–23, together with a junior team structure from 5 to 16 years, and is an integral part of Mousehole AFC’s vision for longer-term sustainable success.  Under the club’s new footballing philosophy, 66% of The Seagulls’ First team squad will be Elite development players aged 16-23.  The principle underpinning the club’s ambition to progress up the leagues is to develop its own talent rather than to buy in short-term success.

The new venture will also benefit from the appointment of St Ives-based Andrew Graham as Academy ‘Architect’, a vastly experienced youth coach who has travelled globally – including recent participation in specialist movement training workshops in Barcelona – and is a member of the coaching staff for the record-breaking under-18 county team.

The Elite Player Performance Programme, based on state-of-the-art coaching methodology and education, will focus on the 12 ‘hottest prospects’ aged between 16 and 23, who will participate in Jason Blunt’s full-time coaching and development programme including elements of sports science, technical training and nutrition.

As well as leading the Academy and the Elite Programme, the 39-year old Blunt will also become assistant manager alongside Mousehole AFC First team player-boss Steve Parker-Billinge and First team Coach Kevin Lawrence, with the leadership team looking to build a squad capable of promotion and going on to win the Premier Division of the Peninsula League.

Jason Blunt is enthusiastic about his new role:  “We are certainly breaking new ground here, and we mean business.  I am excited by the challenge to make this new Academy the best in Cornwall and the South West.  I’ll be working with my connections from Leeds United and other professional clubs throughout Europe, sports scientists and a range of other professional partners and resources to create a unique platform for our EPPP and Academy players to be the best players they can be.  At the same time we’ll be creating a new way of developing a football club as both a resource for, and a benefit to, the community and the wider region”.

Mousehole AFC Chairman Tim Richardson added:  “This is the first of several exciting new initiatives in our new plan for the future, which takes us up to the centenary of the founding of the club in 1922.  It demonstrates our enterprise and determination to become the dominant force in Cornish football.   To add extra value to this prestigious development, we’re in advanced sponsorship talks with a well-known global sports company and international businesses, who are excited at the prospect of adopting Mousehole AFC as a partner club and aligning their brands with a developing academy in an area where they currently have no foothold.

The club will be making announcements in due course with further information, including the details of trials for the EPPP and Academy players keen to develop their footballing ability, and for parents interested in finding out more.”