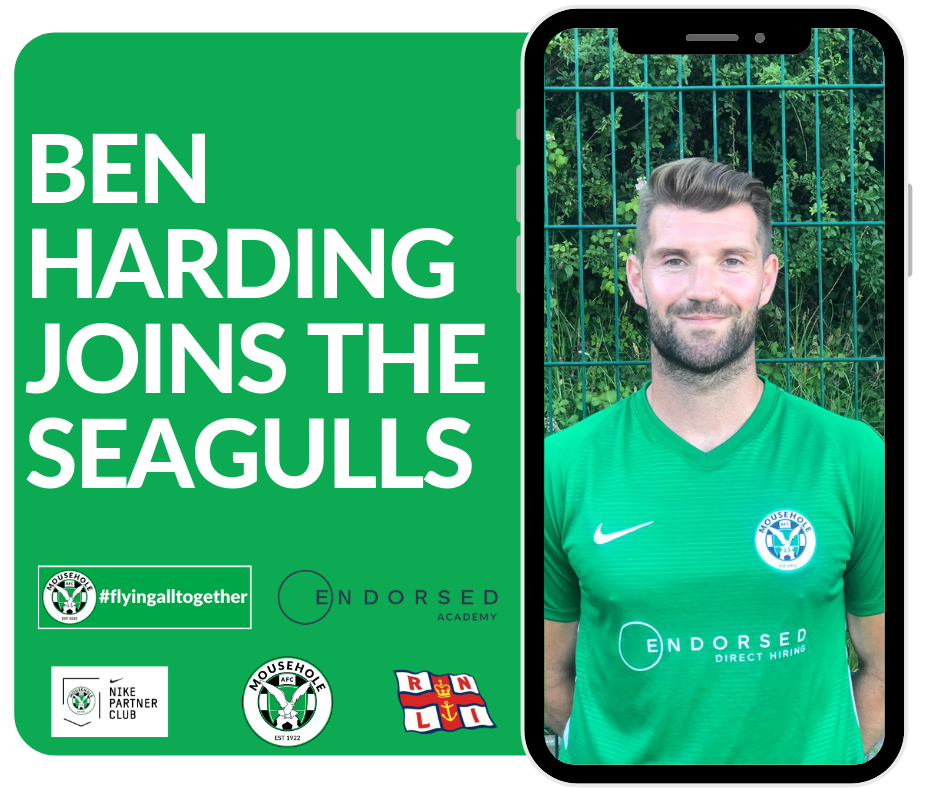 Mousehole have completed the summer re-structuring of their management team with the notable appointment of Ben Harding, who will take up the post of Head of Coaching combined with First Team Player/Assistant Manager.

Ben will take responsibility for ensuring the football philosophy is embraced and developed across all Academy and Senior teams while also supporting the commercial initiatives the club and the Endorsed Academy are building.

The 34-year old midfielder had latterly made 52 appearances over two seasons with Truro City in National League South, and stepped up as the White Tigers’ interim manager in the early part of last season.

His playing career spans a total of more than 400 games for Wimbledon, MK Dons, Aldershot, Wycombe, Northampton, Torquay and Gosport, together with three appearances for England ‘C’ as they won the Four-Nations non-league tournament in 2008. He also represented England Youth, Under-15/16s, and won the Victory Shield with them.

London-born Harding will be working alongside Mousehole’s recently appointed Manager Jake Ash – also a former Truro City star – as The Seagulls look to continue to develop in the coming season, playing at the highest level in their history (Step 6) after promotion to the newly re-formed Premier West Division of the South West Peninsula League.

Mousehole’s Chairman, Tim Richardson, who played a major role in talks with Ben Harding, said of the appointment:  “Ben has always left a great legacy wherever he’s played, and he will make a huge contribution to our club – not least as an influential character on the pitch.  The fact that people of the outstanding calibre of Ben and Jake have committed to Mousehole shows the desire and seriousness of our ambitions.”

Harding is enthusiastic about his new opportunity: “Mousehole’s vision and aspirations for the future are not only fantastic for football in the area, but the community will see great benefits.  The people I have met here have been extremely welcoming and I cannot speak highly enough of the commitment and drive everyone at the club possesses.  I have felt totally inspired by what’s to be achieved here.  I strongly believe football has a special way of uniting people and communities, and I’m super-excited to be part of something so positive for the youth and people of Cornwall.”