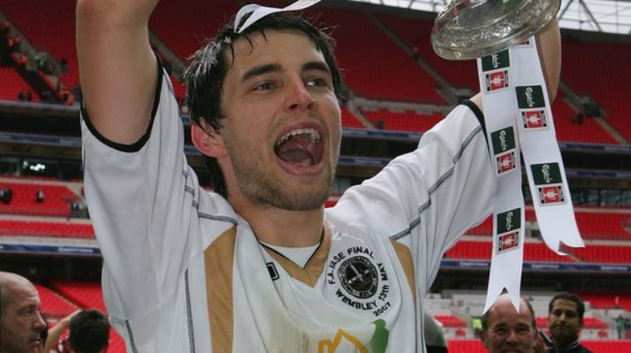 In a significant and exciting move, Mousehole AFC have appointed Jake Ash – one of Cornwall’s best known, most respected, experienced and successful footballers – to the post of First Team Manager.

Jake Ash arrives at the club at a hugely important time, with the team on the verge of great things after a sparkling season as runners-up in Division One of the South West Peninsula League.  With promotion this coming season to the new Peninsula League Premier Division West, the team will be competing at Step 6, the highest level in its history.

And as the new Manager, Jake Ash’s remit will not just be to consolidate at that level, but to help fulfil the club’s ambition to progress in a sustainable manner further up the non-league pyramid.

Starting his senior football career at Falmouth Town, the versatile defender joined Truro City in 2005 and later became their long-standing captain.  He was a member of Cornwall’s most successful-ever football team, winning the FA Vase at Wembley in 2007, and achieving five promotions in six years with the club, still a national record.

More success was earned in recent years when Ash led Truro City to promotion into National League South (Step 2 of the NL System).  Latterly, he joined the Peninsula League’s most trophy-laden club Bodmin Town, although his recent appearances were curtailed by a lengthy injury.

For the last ten years, Truro-based Jake Ash has been Head of Football Development at Penryn College as well as the West Cornwall Schools District programme, during which time the various age groups under his leadership have achieved notable success both locally and nationally.

Speaking of his appointment at Mousehole, the 35-year old is enthusiastic about the challenges and opportunities that lie ahead:

“This all happened quite quickly, but I couldn’t have chosen a better club than Mousehole to start my management career.  I was very much attracted by the professional ethos of the club – the vision, ambition and all-round support are amazing – and I’m also inheriting a great footballing legacy.  I certainly intend to do everything I can to justify the faith placed in me, and I can’t wait to get started!”