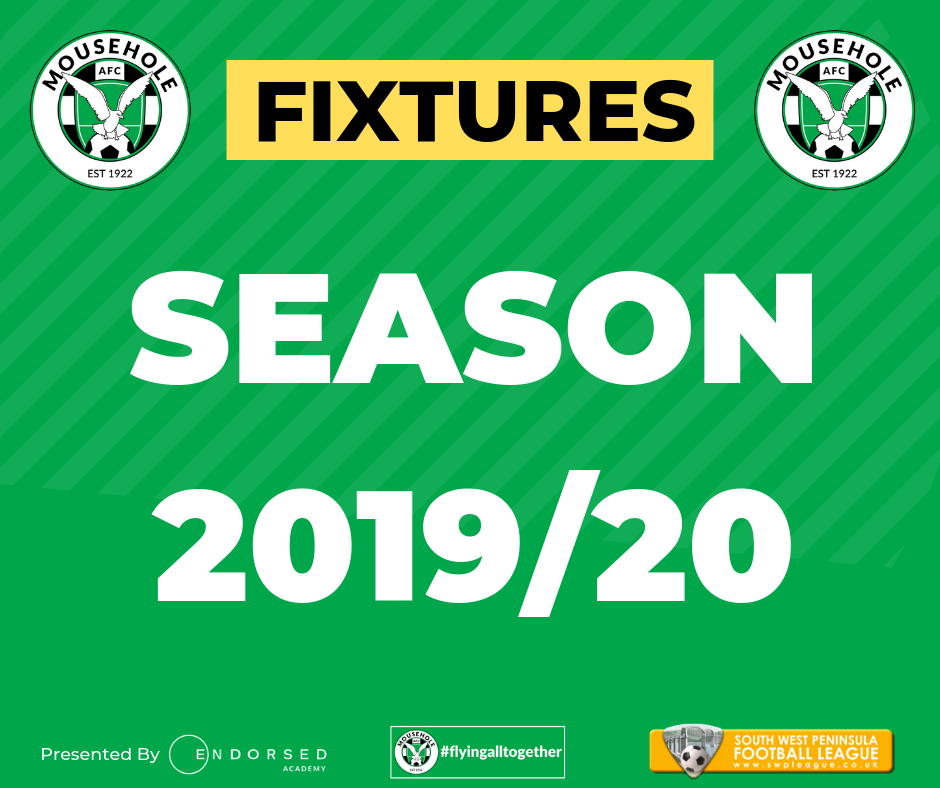 By a strange quirk of the newly issued Peninsula Premier League fixture list, Mousehole’s first two matches of the 2019/20 season are away at Falmouth Town and Bodmin Town – the first and last  clubs at which recently appointed manager Jake Ash played.

In Jake’s first ever game in management, Mousehole will travel on Wednesday 7th August the short distance to Falmouth Town, the first senior club he played for until moving to an illustrious ten year stint with Truro City.

And just a few days later, on Saturday 10th August, The Seagulls are away at Bodmin Town, where Jake spent the last couple of seasons after leaving Truro City.

Mousehole will relish the challenge of facing two of Cornwall’s biggest clubs as they start their first season after promotion at the highest level in the club’s history.  And Jake Ash will view those first two matches as a measure of the team’s capabilities as they look to make a name for themselves as serious promotion contenders again.

The Seagulls’ first home match of the season is on Saturday 17th August when Camelford are the visitors, and this is followed by another short midweek trip to Porthleven on Wednesday 21st August.

With another home match on Saturday 24th August against Callington Town, an away game at St Blazey (Wednesday 28th) and a home encounter with Wadebridge Town (Saturday 31st), Mousehole  will have played seven of the season’s 38 league fixtures in just over three weeks, four of them against teams already established at the higher level.

By the end of August, the potential of Jake Ash’s squad will be a lot clearer!