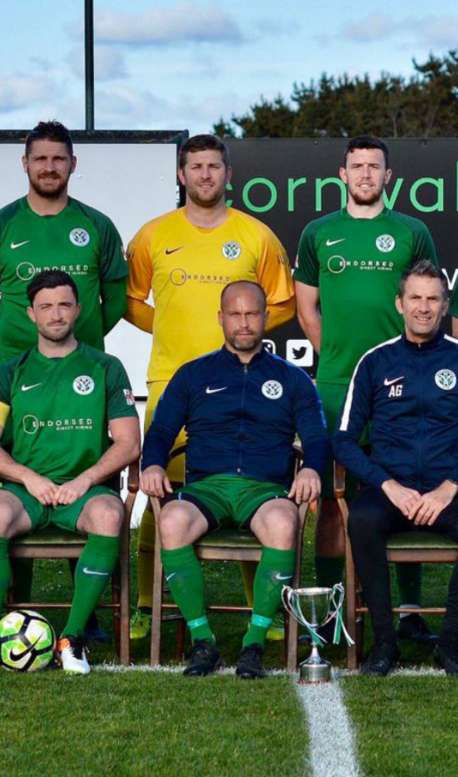 With the rapid growth of the Academy, the Board have drawn up a new structure to ensure that due care and attention is given to both the First team and the Academy so that a high quality product is offered to the young boys and girls in the area.

Following extensive discussions, it became clear that Kev felt unable to commit to the new structure, and so we have reluctantly parted company.

Kev has done a truly fantastic job with the First team and leaves Mousehole on good terms and with the club’s best wishes for achieving his goal of managing in the Football League.

The former Torquay United defender and subsequently manager – described by their supporters as a ‘club legend’ – joined Mousehole in October and achieved a remarkable 85% win ratio from then on.  The Seagulls finished the season with the best defensive and goal-scoring record in the League and an amazing 14 straight wins to claim the runners-up spot – all this while playing to the Mousehole philosophy which encourages a winning mentality with a high-energy, pleasing-on-the-eye style.

The players have shown great improvements under Kev’s leadership and will be looking to develop further their skills, experience and know-how next season to push for successive promotions.

In Kev’s time with the Academy we have seen the numbers grow and the organisation improve greatly as he and the excellent Matty James (Head of Academy) have worked tirelessly to ensure the kids, coaches and parents are looked after and supported, just as they would if part of a football league set up.

Kevin Nicholson leaves us in a great position to kick on again and take things to the next level.  He will always be welcome back at Trungle Parc as a true friend of the football club.  We would also like to thank him for his professionalism and continued support while the club have explored our options.  A statement about his successor will be made public very shortly.”