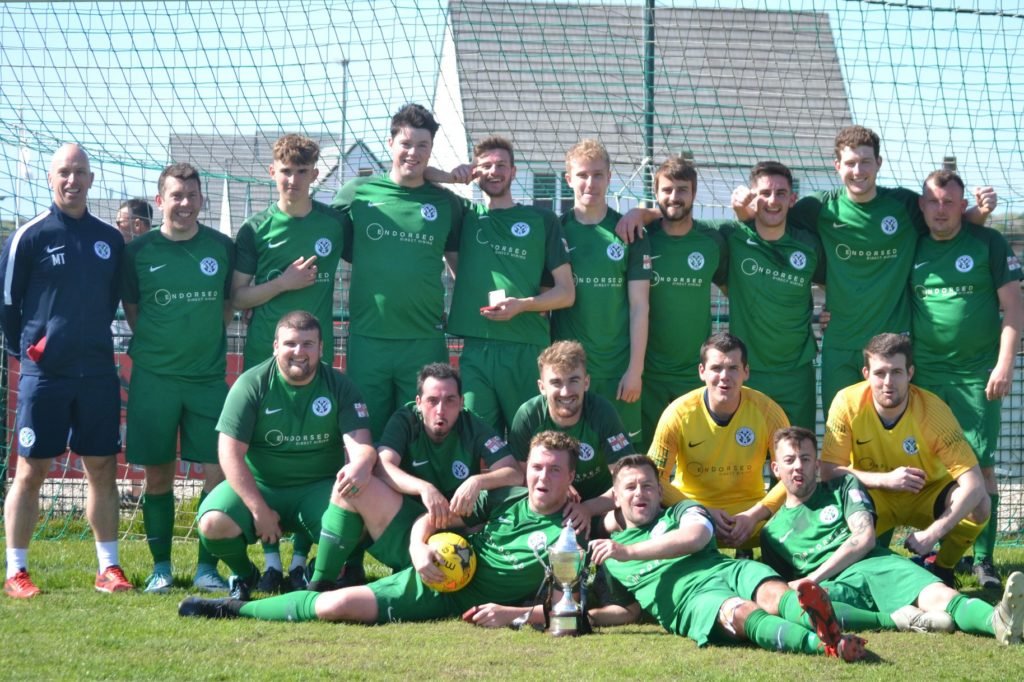 Mousehole Reserves rounded off the 2018/19 campaign with a creditable draw in the Trelawny League Premier Division against higher-placed Camborne School of Mines on a beautiful evening at Marazion on 21st May.

The Reserves have enjoyed unprecedented success over the last two years, gaining promotion as champions of Division One last season and then winning the Cornwall Junior Cup for the first time ever at the beginning of this month.

As an indication of ambition, the club had applied for the Reserves to become members of the proposed new St Piran League, which if accepted would mean a jump of two steps in the non-league pyramid and in effect a total of three promotions in two years.

And just this week the Reserves’ membership of the new Step 7 League was confirmed as a result of their playing record in the Premier Division this season, and so they will be starting next season just one division below Mousehole’s First Team, themselves promoted to the new Peninsula Premier League.

The Reserves started their last game of the season well against Camborne School of Mines, and presented a real threat without capitalising on several chances.

However, after Tom Hands was brought down in the CSOM penalty box, Michael Fitchett stepped up to convert the spot kick for a 1-0 lead after 12 minutes.

Jonathan Fitchett in the Mousehole goal made a fine save towards the end of the half to deny the visitors an equaliser.

The pitch surface was proving to be very hard, with the bounce of the ball creating difficulties for both sides.

CSOM dominated the early stages of the second half with some energetic and determined play, chipping the ball over keeper Fitchett after a good move – but against the Mousehole crossbar with no attackers following up.

The visitors continued to press and scored the equaliser, after which they went all out for the winner, only to be thwarted by a series of good saves by Fitchett.