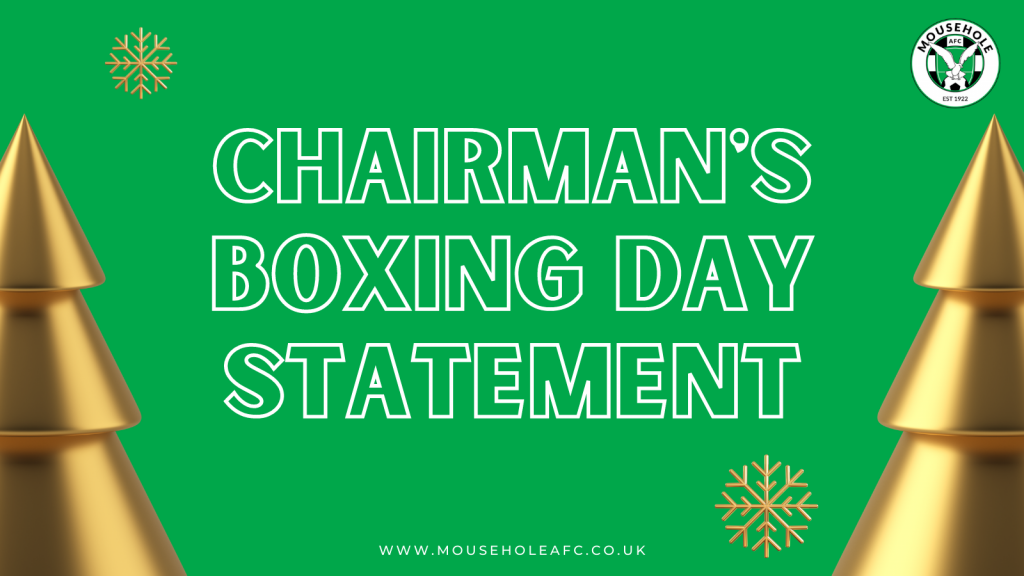 As Chairman of Mousehole AFC,  I wish to comment on today’s postponed ‘local derby’ between Helston Athletic and Mousehole

First, I must apologise for the understandable disappointment and inconvenience felt by the several hundred supporters of both sides and by Helston Athletic’s hard-working Committee.

Second, we complied with the requirement to notify the League with copies of any positive Covid PCR tests among players and staff.  We did this during a week in which we saw rapidly rising cases (which currently stand at seven). We agree that the main objective is to protect the health and safety of everyone involved, and reduce the risk of ‘community transmission’ of the virus.

Finally, we acknowledge the role played by the Toolstation Western League, who provided valuable advice and acted decisively to postpone the fixture, based on the evidence of the positive tests.  This was in accordance with the guidelines and rules issued by HM Government, the NHS, Public Health England and the FA.