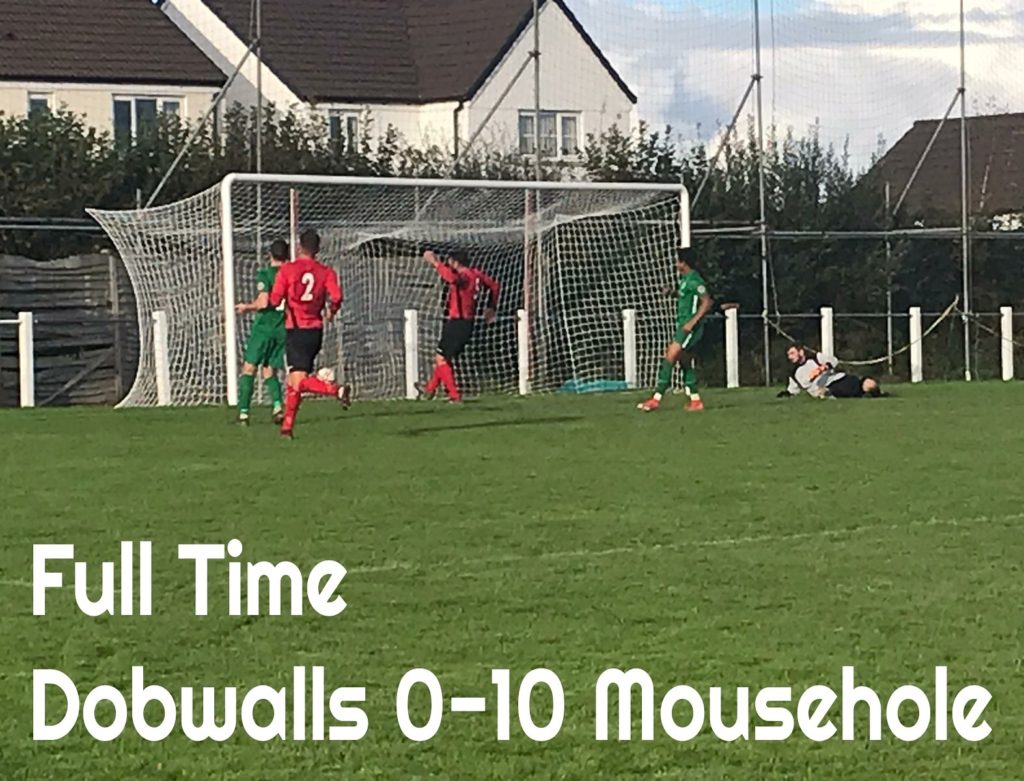 Mousehole translated their complete dominance against traditionally combative opponents into a real goal bonanza, making it two away wins in four days with 14 goals scored and none conceded.

In bright sunshine and on a good surface, Rheiss McClean had already just missed the target on two occasions before scoring in the 9th minute, latching on to Kieran Toland’s forward pass and driving the ball into the roof of the net from 10 yards.

On 18 minutes it was 2-0, Imani Matthews providing the chance with a jinking run and inside pass for Toland to place a 12-yard sidefoot into the far corner.

Lez Cela then scored two goals in two minutes, showing a quick change of feet to stroke into the net after another Matthews assist on the half hour, and then having some good fortune with a 25-yard shot that slid over the line under keeper Ross Ferris’ dive.

It was 5-0 in the 42nd minute as McClean was perfectly placed at the far post to head in Amara Bakayoko’s cross after a dynamic burst down the right-hand side.

Dobwalls has a rare chance straight after half-time when an angled shot by Paul Gregorscu-Adams was kept out with his legs by Corey Harvey at the near post.

But Kieran Toland made it 6-0 on 51 minutes from a through ball, breaking through keeper Ferris’ tackle 25 yards out to place the ball into the empty net.

After several more close shaves the home side went seven goals in arrears with an own goal, Sam Cooper attempting to clear Bakayoko’s low cross but sliding it into the net in the 69th minute.

Excellent work by Steve Burt in midfield created the opening on the right for Imani Matthews to make it 8-0 with a precise shot across the keeper and in off the post.

Lez Cela then drove against the woodwork from 20 yards, with McClean’s volley from the rebound superbly saved by keeper Ferris.  But in the 88th minute Cela notched his hat-trick with a quick shot after the keeper’s block, and Bakayoko blasted the score into double figures after a clear run from halfway in the 90th minute.

Mousehole’s next fixture is the club’s first-ever floodlit match at Trungle Parc this Friday (25th) against Porthleven in the second round of the League Cup, kick off 7.30pm.