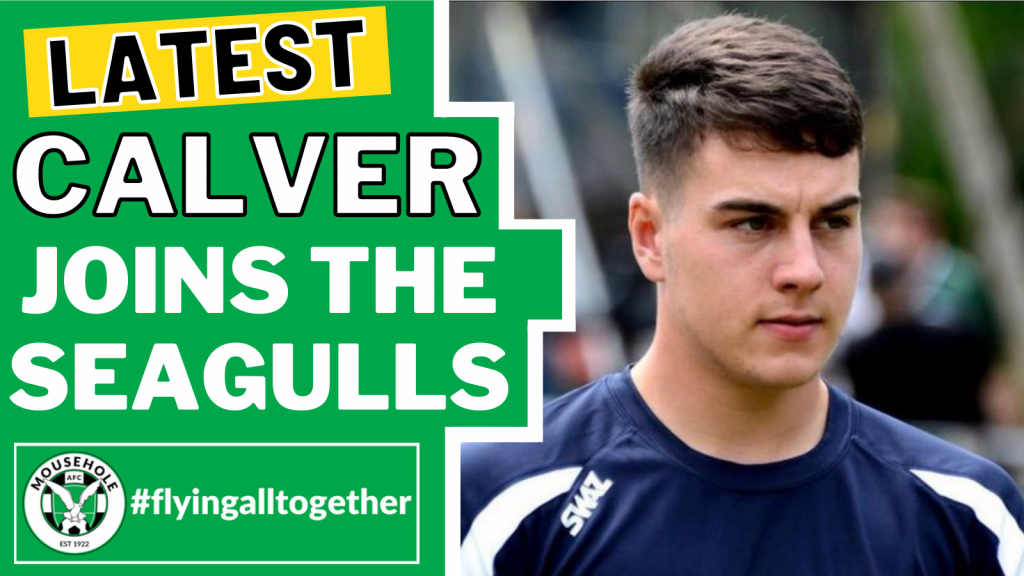 With an eye on an exciting and challenging second half of the season, Mousehole have reinforced their Western League squad with the signing of Jack Calver from Southern League Bideford AFC.

After being released as an apprentice by Plymouth Argyle in 2017, Jack Calver came to prominence as a teenager playing as a stylish left-back for St Austell in the South West Peninsula League.  He then moved up to join the highly successful promotion-winning Plymouth Parkway side before another upward step to Bideford.

This season, he has made a couple of substitute appearances for Mousehole as a dual-signed player, most notably in the away League win at Saltash United in early October, where he immediately imposed his authority in his preferred midfield role and scored a stunning long-range goal to help secure a 3-1 win for The Seagulls.

Mousehole’s Manager Jake Ash is delighted to be able to bring the talented 23-year old to Trungle Parc on a permanent deal:

“I first spoke to Jack at the end of the aborted 2019/20 season and then again at the end of last season, as he is a player I have really liked since I saw him playing for St Austell.  Even back then he stood out as someone who could play at a higher standard and possessed so many tools to admire.  I’ve personally been to watch him a few times in the last 12 months and each time it has cemented my opinion that he has everything we look for in a player at this club.”

“At just 23 I think he has so much room to still improve – training regularly, coupled with playing in a more central position than he has been, will kick him on even further, especially as he gets fitter and sharper.  I can’t wait to work with Jack to support and witness the next part of his journey, as I think everything is in place at this club to really help him flourish.”

Jack Calver is equally looking forward to life with The Seagulls:  “‘I’m more than happy the move is all sorted, and I can’t wait to get going now.  It’s a good group of lads who made me feel very welcome in the couple games I’ve already played for the club, which is always a good thing.  I feel the style of play will suit me and the type of player I am.  Hopefully I can get among the goals again and help us push for promotion to the Southern League.”

Currently standing in 6th place in their first season after promotion to Step 5, Mousehole may be without Jack Calver against Shepton Mallet at home on Saturday (11th) because of a slight injury.