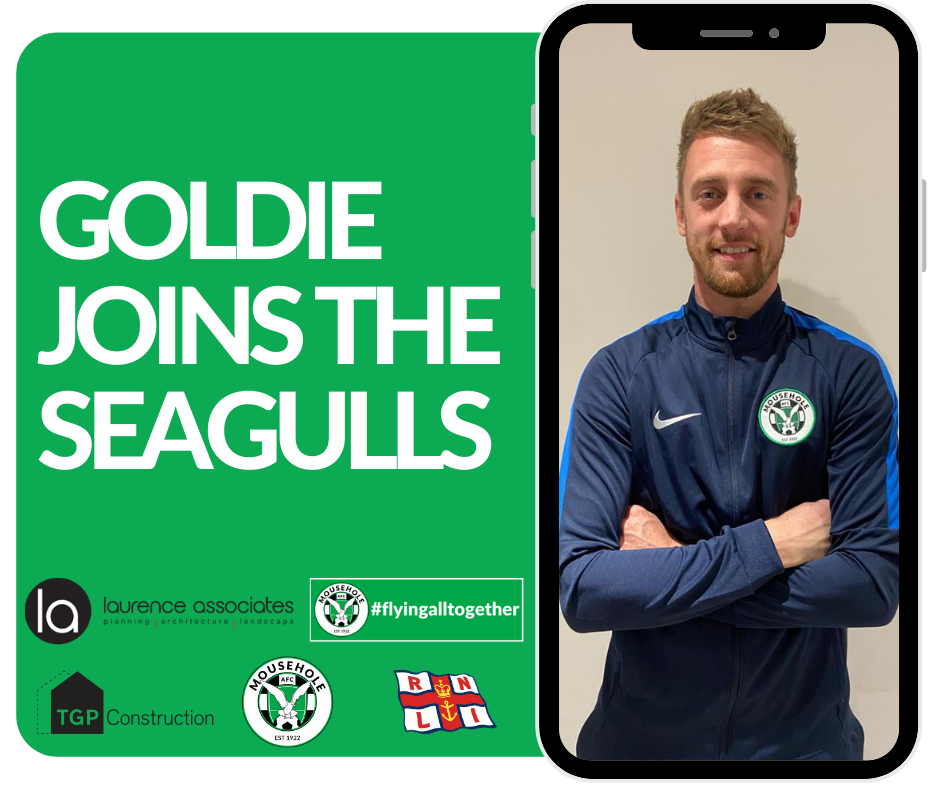 Mousehole have strengthened their position at the top of the South West Peninsula League (West) with the signing of prolific goalscorer Mark Goldsworthy, the captain of close rivals Helston Athletic.

Goldsworthy notched up his 300th SWPL goal early last season, in two spells with Helston Athletic either side of a stint with St Austell, putting him among the county’s all-time record scorers.

He went on to play an important part in Helston’s record-breaking 24-match winning run in last year’s League campaign, before the season was ended prematurely in March.  Up to that point, ‘Goldie’ had already netted 34 League goals, as well as another five in the Cup competitions, and was well on the way to adding to his unique tally of four consecutive ‘Golden Boot’ awards.

He was also the top scorer in the Kernow Football Alliance’s build-up to the (subsequently postponed) CONIFA World Cup last season.

Commenting on his move further west, the Porthleven-based marksman explained:

“At the age of 29 I’ve still got a lot of room for improvement as a player.  I’ve long been an admirer of Mousehole’s style of play, and I’ve got the greatest respect for Jake Ash, both as an opponent and coach, and Andy Graham through his coaching work with Kernow FA.  I know how the club operates and where it wants to be, and I’m glad to have the opportunity to be part of that.”

Mousehole are currently League leaders having scored an impressive 47 goals while conceding just 7, but Head of Football Adam Fletcher is by no means complacent:

“The season has gone well so far, but we all know we can do better.  So, we are delighted to bring on board someone with Goldie’s experience and goalscoring ability.  He will add a different dimension to our attacking options.  Over the next few weeks he’ll be working hard with Gareth O’Neill (Strength & Conditioning Coach) to recover from a recurring ankle injury and join Gareth’s month-long fitness plan.”

Manager Jake Ash is convinced the signing is a massive step for the club: “Mark’s record over many years is proof of his consistency.  He has an incredible knack of knowing where the goal is – something that’s very difficult to coach – so to bring that natural skill set into this talented group of players is really exciting.  But he offers so much more than that:  his all round game and contribution to both team and club, and someone who wants to be the best he can be at everything he does”.

If and when the season resumes in early December, Mousehole will have two consecutive home games, on 5th December against Launceston, and on the 12th against St Austell, one of Mark Goldsworthy’s previous clubs.

“The signing of Mark Goldsworthy should leave no doubt about how serious we are about progression.  I cannot over-emphasise the role and reputation of our management and coaching team in making this happen, and helping us to push on with our ambitions as a club.”