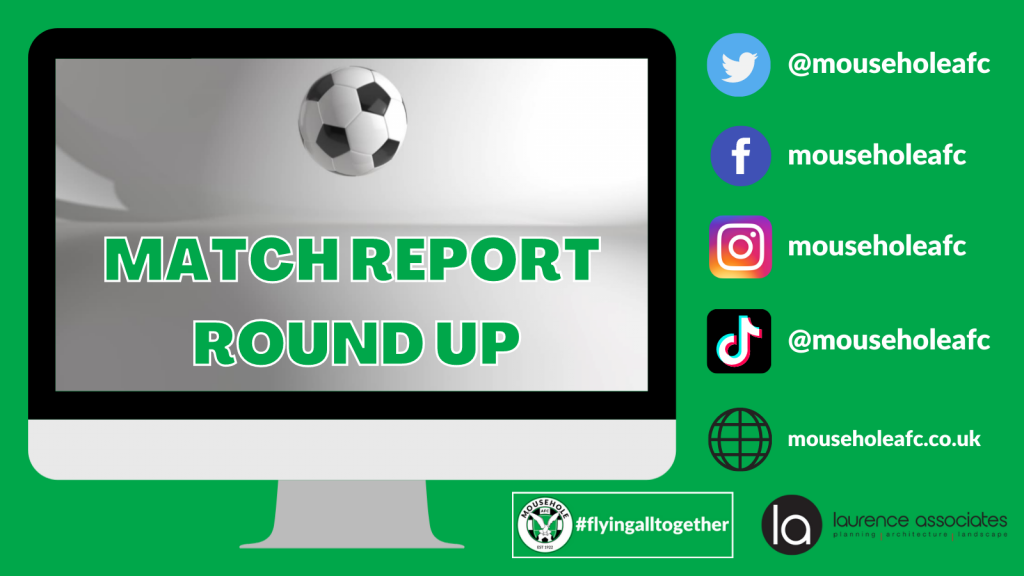 Two tough away games in four days saw The Seagulls gain a superb win at Saltash and then suffer defeat further afield at Bridgwater.

Just five days after losing at home to them in the Cornwall Senior Cup, Mousehole travelled to face The Ashes in a League fixture on a wet evening, and gained ample revenge with an excellent 3-1 win in a closely contested encounter to climb into the top ten in the Premier Division.

The Seagulls were without the injured Josh Otto, Mark Richards, Callam Mconie and Sean Roberts, while Tallan Mitchell was serving the second of his three-match suspension for his red card in the FA Vase win at Shepton Mallet.  Among the substitutes were the experienced Jack Calver and 16-year old Penryn College student Jack Symons.

Saltash may have felt they had a psychological advantage after ending Mousehole’s four-win run the previous Saturday, but manager Jake Ash would surely have planned something different for this contest.

The Ashes re-introduced former player and prolific goalscorer Ryan Richards, who had already played for Tavistock in a League game against Mousehole in August.

The key moments were:

1 minute:  Paulo Sousa makes a great left-sided run to the byeline inside the host’s penalty area but is then crowded out

21 minutes:  GOAL FOR MOUSEHOLE.  Saltash have been seeing plenty of the ball but Mousehole have looked the more threatening, especially on their left-hand side.  This time Jamie Devine drives forward towards the byeline and his low left-foot cross is scooped into the roof of the net from six yards by JOSH MAGIN as he steals in from the right.

26 minutes:  Nearly a second goal for Mousehole.  Hayden Turner exploits the home side’s loose play deep in their own half, but his angled cross shot across goal misses everybody, including the far post.

29 minutes:  Ryan Richards is again on the end of a quick break but his shot is too high.

30 minutes:  The flow of the game is being interrupted as referee Butters frequently chooses to lecture players at length after infringements

32 minutes:  Inches from an equaliser as Ryan Richards’ shot from inside the area beats keeper Cory Harvey and hits the post, but the striker then hastily drives the rebound wide

34 minutes:  GOAL FOR MOUSEHOLE.  Paulo Sousa makes the most of the slick surface, running at speed directly at the right side of the Saltash defence and delivering a perfect cross which JOSH MAGIN heads home – again coming in from the right – despite keeper Ryan Rickard’s efforts.

39 minutes:  A tremendous double save by Cory Harvey maintains The Seagulls’ two-goal lead, firstly palming out a cross shot under the crossbar and then plunging to block the loose ball right in front of goal

44 minutes:  An equally outstanding piece of goalkeeping at the other end as Mark Goldsworthy looks certain to score from close range with a hooked shot from yet another penetrating left-sided cross, but Ryan Rickard somehow keeps the ball out, much to the striker’s disbelief

45+5 minutes:  The Ashes have a chance to reduce the arrears after Sam Hughes gets himself into a great position, but Steve Burt does a magnificent job in blocking the shot

45+6 minutes:  The half-time whistle goes after a prolonged period of added time with the scoreline Saltash United 0-2 Mousehole.  It’s been an end-to-end half, with The Seagulls worth the lead for their all-round play, but no doubt the hosts will be looking to get back into the game as soon as possible after the interval.

51 minutes:  GOAL FOR SALTASH UNITED.  With Mousehole defenders appealing for offside, a left-sided attack and a square ball in front of goal gives ALEX  CAIRO the chance to slot home from close in.  Saltash 1-2 Mousehole.  Will the hosts now capitalise?

60 minutes gone:  Saltash have created a couple of half-chances, but so have Mousehole as they are exploiting the space on a surface ideal for quick-passing football, with the forwards keeping the home defence fully occupied by their pace, movement and sheer hard work

72 minutes:  Good work on the left by Mark Goldsworthy and Hayden Turner opens up space on the 18 yard line for Jack Calver, whose drive is well saved by Rickard

80 minutes: GOAL FOR MOUSEHOLE.  JACK CALVER has again been found in space but this time further out, and he drives a low left-foot shot accurately inside the post for a 3-1 lead.

Inside the last ten minutes:  Both sides are putting in some uncompromising tackles, there’s a flurry of free kicks, talkings-to and yellow cards, all keeping the referee busy

88 minutes:  Heroic defending in front of goal frustrates Saltash as they turn up the pressure

90 minutes:  It could have been a fourth goal, but keeper Rickard parries Hayden Turner’s shot and the loose ball is cleared to safety

90+5 minutes: Full-time score Saltash United 1-3 Mousehole.  Against Saltash, Manager Jake Ash would probably have taken the three away League points over a win in the Senior Cup.  The Seagulls are now two points behind Saltash from two fewer games played, and 12 points off first place with four games in hand.

With just two clear days after an energy-sapping win at Saltash, Mousehole travelled to Bridgwater United and found the hosts, who had no midweek fixture, in fine form to inflict The Seagulls’ heaviest defeat in recent years.

The recently re-named United (formerly Town) were members of the Southern League for ten years until recently, and this season they have already shown, on their day, they can beat any team in the Division despite their current mid-table position.

Mousehole were without the same absentees as at Saltash, with new signing Ollie Chenoweth making his debut in goal, replacing Helston-bound Cory Harvey.

The Seagulls will reflect that they had a good share of the possession during the match, but Bridgwater had the edge in putting away their chances in clinical fashion, in front of a very good attendance of 401.

Andy Elcock and Paulo Sousa were replaced through injury during the Bridgwater match – Manager Jake Ash will be hoping for a reduction in the list of unavailable players before the next two home matches, which are: