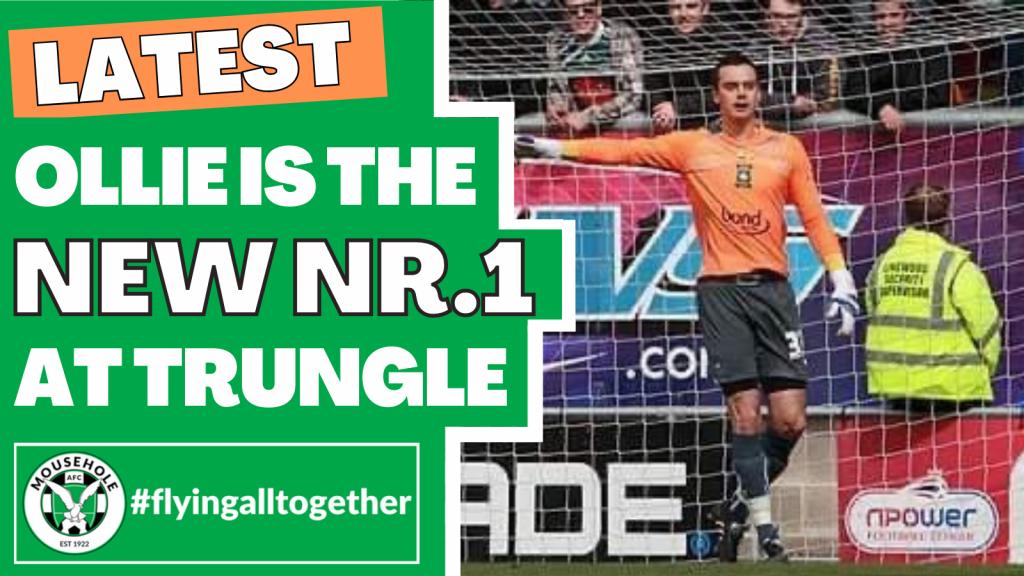 Mousehole have strengthened their squad with the signing of the experienced Ollie Chenoweth from Bodmin Town who will take the Number 1 jersey following the departure of Cory Harvey to Helston Athletic.

Liskeard born Ollie, 29, has recently been playing for South West Peninsula League side Bodmin Town, but has vast experience at much higher levels during his career. He featured for Plymouth Argyle making his professional debut in a League Two game against Morecambe, before loan spells at Frome and Truro City, featuring alongside Seagulls’ manager Jake Ash in his time with the White Tigers.

Since then he has appeared locally with permanent spells at Bideford and Truro, as well as turning out for his hometown club Liskeard and more recently at Bodmin in the current South West Peninsula League season. Ollie has also featured alongside several of the Mousehole squad in the Kernow FA team and played in the recent 8-1 win against Cascadia.

“Obviously it’s a shame to lose Cory. He’s been a massive part of the past few years and I am fond of him and his family. He’s been really good for us, and we wish him all the best at Helston.

With his job it makes sense for him to move on as he was finding it hard with training, and I suspect that commitment won’t be so demanding at Helston. That, coupled with what they have offered him financially, it’s a move which suits him.

Needless to say, we knew Cory needed this hand operation which would keep him out for 4/5 months of the season, so we had been making plans for when that came to pass and Ollie has always been top of that list for us for so many reasons.

I know him from playing with him at Truro and, even at the young age he was then, he was one of the best I’d played with. At 29 he brings so many brilliant attributes to the group and is a perfect fit for the way we play and this level of football. He has a really steady head, is a great age and height and we know exactly what we will get from him, every training session and every game

He is a tremendous lad with a great young family, and I am absolutely delighted to have him on board.

I’d also like to thank Darren Gilbert and Bodmin who were made aware of the interest and allowed us to speak with Ollie.”

Speaking about his move, Ollie said:

“I’m really excited to join Mousehole and be part of what they are trying to achieve. Even from afar, I’ve always had admiration for the club, the way they go about their business and the style of play. I also know what Jake is all about from our time at Truro, and I’m looking forward to working with all the staff and the challenge of helping the team be successful.”