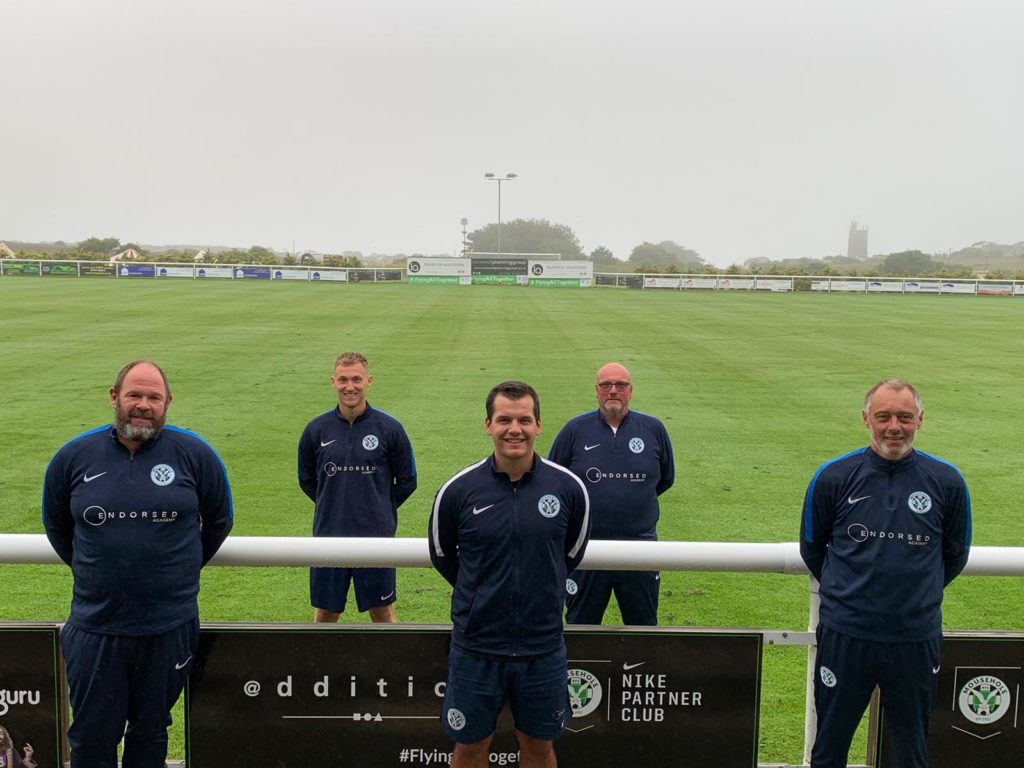 Mousehole AFC are delighted to announce the new management and coaching line-up for their Development Team, who play in the St Piran League West at Step 7 of the National League System.

Craig Nicholls is a familiar face at Trungle Parc, having been a longstanding goalkeeper for Mousehole, followed by spells at Penzance and Ludgvan, before being appointed manager of the re-formed Marazion AFC, as well as coaching at Penzance Youth.  He has a well-established footballing partnership with John McCallum.

John McCallum had a lengthy association with Penzance AFC, having played in the centenary match against Liverpool in 1992, before going on to captain the club and becoming co-manager.  He also had a playing spell at Mousehole, and was latterly coach at Marazion alongside Craig Nicholls.

Adrian Ferrell has a wealth of playing and management experience with several local clubs.  He featured in goal for Marazion, Porthleven and Gulval, and managed Rosudgeon, Ludgvan and Marazion.  He was also co-manager with Gary Marks at Porthleven in the South Western League, and likewise with John McCallum at Penzance.

Matt James has already spent three seasons at Mousehole, taking responsibility for coaching within the Youth and Women’s teams, as well as playing for the Reserves. He is working towards gaining his UEFA ‘A’ badge during the 2020/21 season, and will lead the coaching of the Development Team alongside John McCallum.

Mousehole’s Head of Football Adam Fletcher says this is a huge step forward for the club: “Our strategy for the Development team was to give it a new and specific purpose in providing a top-class coaching pathway between the Youth section and the First team.  We’ve now got the perfect combination of successful experience, local knowledge and coaching expertise to bring this to reality – a leadership team of many talents, with a distinct competitive attitude, and a vital piece of the jigsaw.”

“We were all very impressed by the overall set-up and the sensible longer-term ambition at Mousehole.  To help achieve this, we are absolutely committed to giving opportunities to any players who are motivated to learn and improve.”

Adam Fletcher also wanted to record his thanks to a number of others:

“We’re grateful to all the people who applied for the management position, and very much appreciate their interest in our club.  Also, huge thanks are due to Matt James and goalkeeper Dom Angove (pictured front middle), who have worked hard to ‘hold the fort’ during this transition period.  Dom’s hard work and drive has helped recruit high-quality fresh faces to the playing squad, and that role will continue alongside his ambition to play at the highest level possible..  Last, but not least, we’re really glad that the Reserves’ former assistant manager Mark Trevail has decided to remain involved, which shows his lifetime’s dedication to the club.”