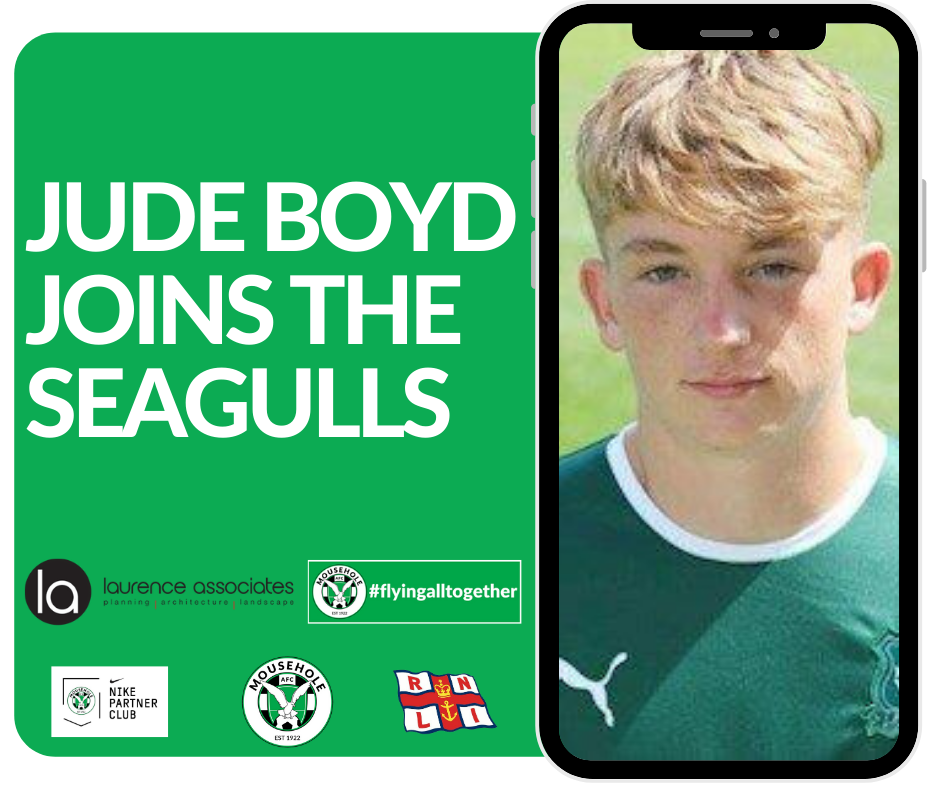 Mousehole’s summer signings have continued apace with young attacking midfielder Jude Boyd committing to The Seagulls after being released by Plymouth Argyle.

In joining Mousehole, Jude Boyd is re-uniting with Manager Jake Ash, who was in charge of the West Cornwall Schools U14 and U15 sides in which Boyd played a prominent part.

In an interview with the Plymouth Herald last year, the youngster rated his favourite football memory as playing for West Cornwall Schools in a tournament in the Isle of Wight: “We did really well – better than expected.  We beat a number of teams and drew with a team from Newham in London that we weren’t expected to get a result against.”

Jude Boyd joined Argyle at the age of 14 after playing youth football for Perranwell and St Day.  The Argyle website described him as “an exciting midfielder who likes to beat defenders with a combination of skill on the ball and a fine passing range”.

He made his first team debut against Bristol Rovers last September, after being recommended as an outstanding performer by Academy boss Kevin Hodges.  Argyle Manager Ryan Lowe, speaking of Boyd’s debut, said he had no hesitation in calling him into the senior squad: “He has got something about him.  The kid can handle the ball.  If you are good enough, you are old enough, and Jude has certainly got a bright future ahead of him.”

Jude is now looking forward to developing that potential through the progressive coaching philosophy at Mousehole, which is steadily gaining a reputation for attracting young talent and bringing out the best in them.

“Through this exceptional group, the club is making significant progress in building a squad capable of challenging at the top of the League.  At the same time, the youngsters representing the club in senior football, as well as our Youth players, can more clearly see a pathway ahead.  With the right coaching and their own commitment they will have a great chance of fulfilling their own aspirations.”

Mousehole’s first competitive fixture after the relaxation of the Government’s Covid-19 restrictions is likely to be the SWP League (Walter C Parson) Cup quarter-final tie away at Bovey Tracey.  The unfinished competition has been carried forward from the 2019/20 season, and may resume as a feature of the pre-2020/21 season programme.