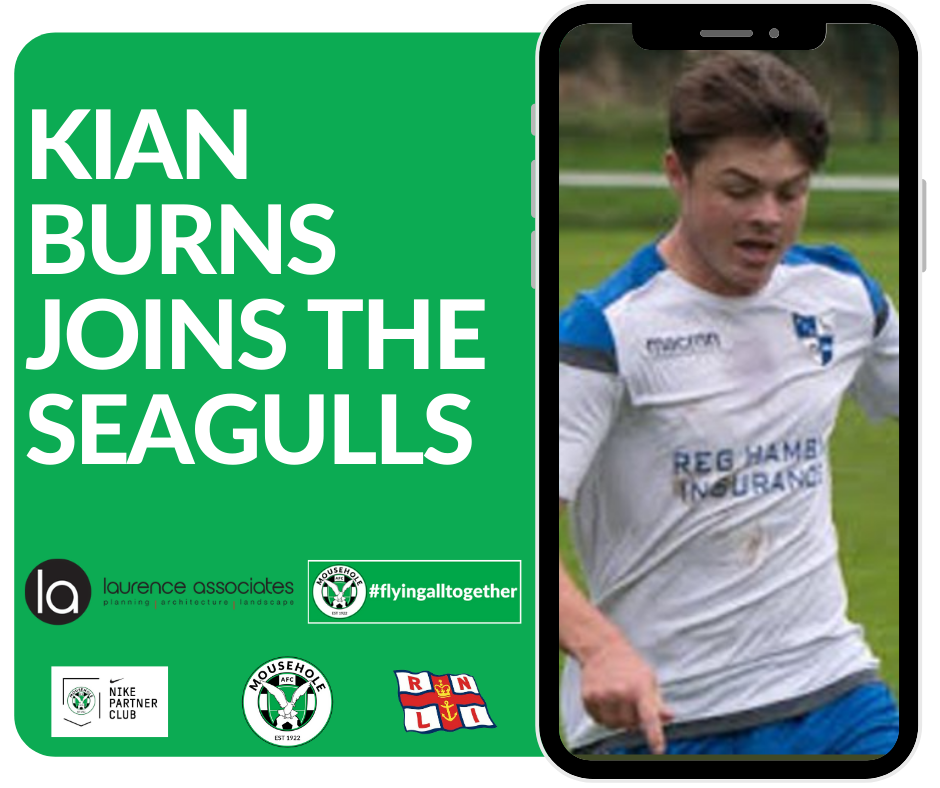 Kian Burns, one of the most promising youngsters in Cornish football, has chosen to head west to Mousehole as The Seagulls continue to attract the talent to match their ambitions both on and off the field.

The 18-year old has put in some eye-catching performances with his strong and direct running for Camelford, and was an outstanding performer for them in their home match against Mousehole last winter.

Since then, Manager Jake Ash has had Kian on his radar, convinced of his potential to improve under Mousehole’s coaching regime and to make a major contribution to the team’s success as they prepare for the forthcoming season.

Mousehole’s Director of Football Adam Fletcher describes Kian Burns as a player who, with the right coaching, could go a long way in the game.  “Kian has joined Mousehole because he loves the project and is convinced we can develop him as a player.  His signing for us is a really important piece in the jigsaw.”

Kian’s family sporting background is noteworthy.  His brother Tallan, currently playing for Tavistock in the Step 5 Western League, plays with a similar attacking verve, while Kian himself is also a talented cricketer, excelling as a wicketkeeper/batsman.

Before the 2019/20 season came to a halt in March, The Seagulls were in a commendable fourth place in the League in their first year after promotion.  With their sights set firmly on securing one of the two promotion places next season, the Seagulls are likely to be announcing more quality signings in the near future.