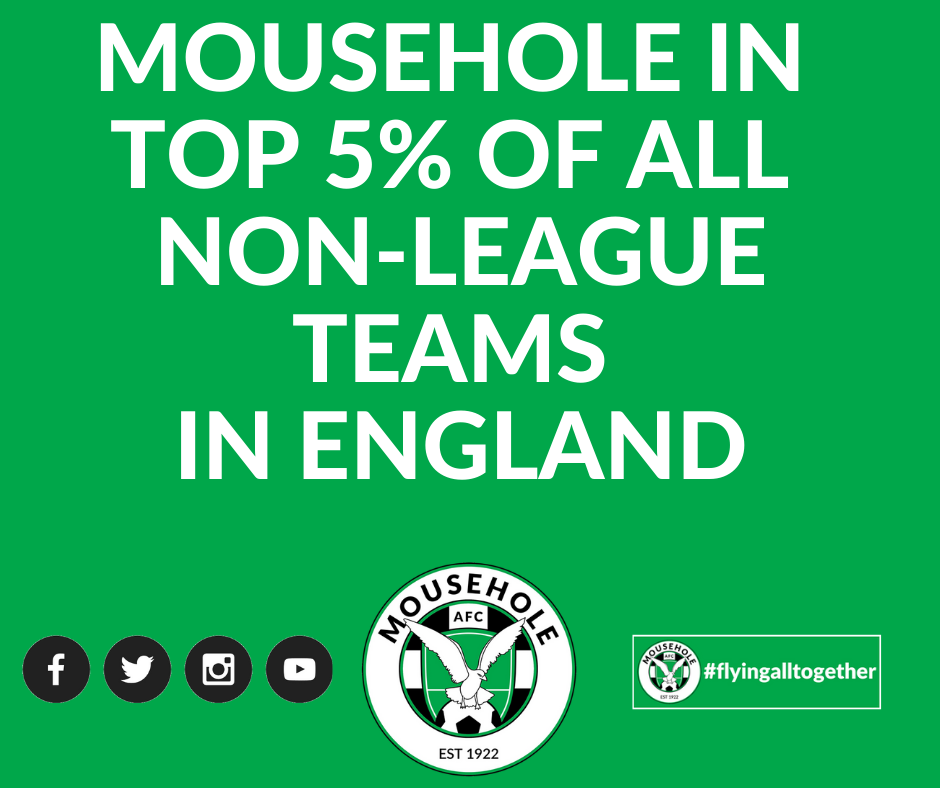 A recent analysis of the points-per-game results of the 956 clubs playing at non-league Steps 1 to 6 in the 2019/20 season in England reveals that Mousehole were ranked 40th with a PPG of 2.28. This makes The Seagulls among the best 5% of performers over the season.

Southern League leaders Truro City were 75th, and Bodmin Town were the only other Cornwall club in the top 100.