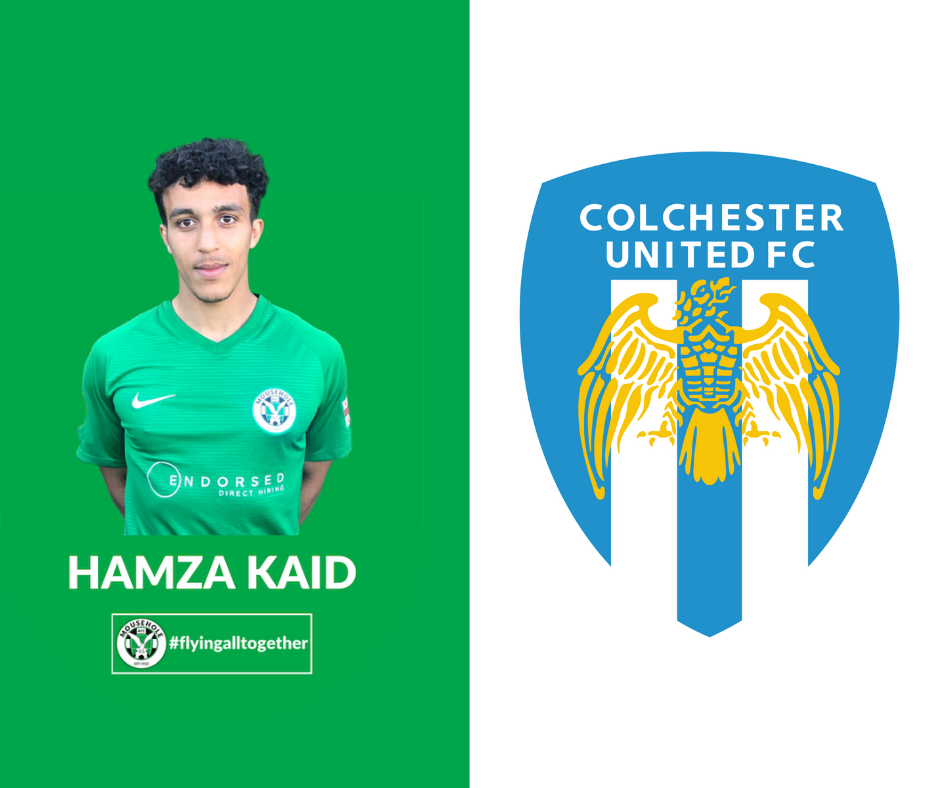 Peninsula Premier club Mousehole AFC are delighted to announce that goal-scoring winger Hamza Kaid has been offered a full-time professional contract with Colchester United after an impressive week-long trial.

The 20-year old becomes the third Mousehole player in less than 12 months to earn a pro football contract, proving the club’s pathway and setting the standards for all youth players in the academy and across west Cornwall, who are aspiring to become professional footballers.

Since joining The Seagulls in late October last year, Hamza has developed rapidly under the full-time training programme – Mousehole being the only club in the County to offer full-time players daily expert coaching – and has gained positive reviews for his skilful and dynamic style coupled with a double-figure tally of goals.

Mousehole’s Football Operations Director Adam Fletcher commented: “The daily training by a group of top class coaches at Mousehole has certainly made a big difference to Hamza.  There’s never been any doubt about his skill and speed, but he’s now also become a more resilient hard-working off-the-ball team player.  Although this is a jump of seven steps in the football pyramid for him, we are confident he has what it takes to make a success of it.”

Chairman Tim Richardson added: “This is great news all round – but it also demonstrates that there are lots of talented young players who, for whatever reason, have been overlooked and are in danger of not fulfilling their potential, or their dreams.  We are building a proud record of doing something about that through our trials, contacts and the work of Endorsed Academy.  At the same time this fresh talent can bring something new to the club and be a part of Mousehole’s developing success, which also provides a platform for their own advancement.”

Colchester United have played in League Two since 2016, and finished 8th out of the 24 teams last season.  The under-23s play in the Professional Development League, the second tier of Reserve football in England.  The Us moved to the brand-new 10k-capacity Colchester Community Stadium in 2008.