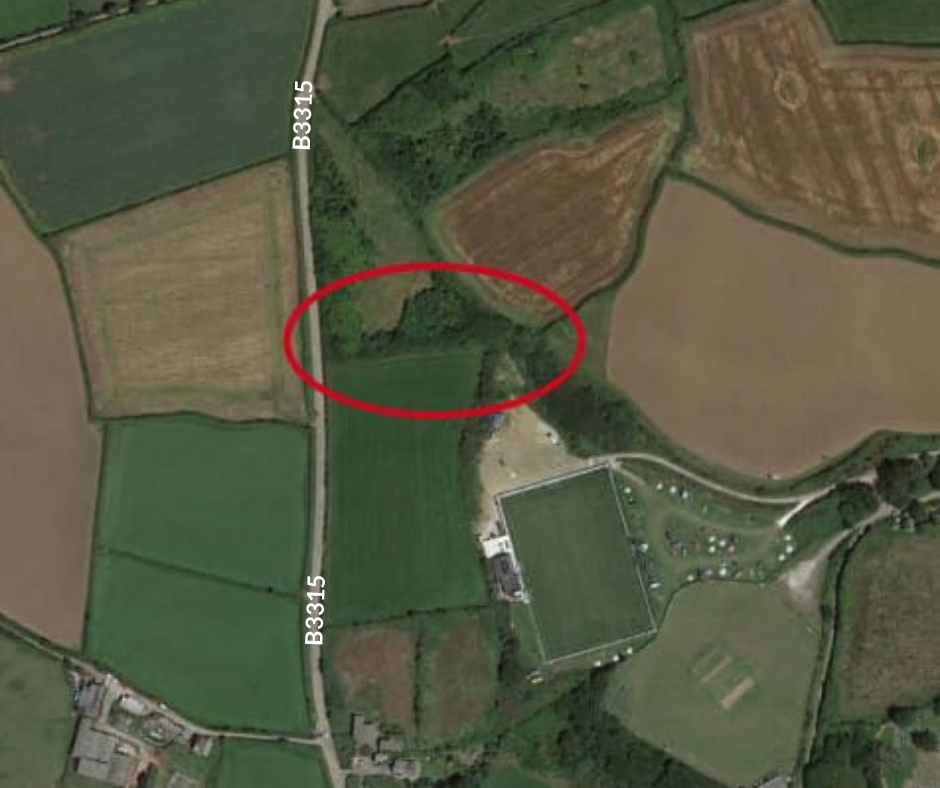 In one of the most significant site improvements in their near-hundred year history, Mousehole AFC are to construct a new access road to their HQ at Trungle Parc.  It will replace the current route through Paul village and avoid the rough-surfaced driveway which has been in use since the 1960s.

The new 100-metre route will run directly to the club car park from the B3315 Penzance/Newlyn to Lands End road, just north of the hamlet of Sheffield.

The ambitious project, which has been granted full planning approval, will also involve an archaeological investigation of the access route, a significant tree-planting programme in collaboration with the Woodland Trust, and improved car parking at the ground.

Drawn up in partnership with the adjacent landowner, the plans include the construction of an agricultural building for his forestry and traditional willow-weaving enterprise, with the access site being gifted in exchange for a club scarf.

A fundraising campaign will shortly be launched to help finance the road-building costs, and the club hopes to complete the work in time to celebrate their centenary year in 2022.

Mousehole’s chairman Deryk Heywood has spearheaded the commitment to the new road, with a massive number of hours of work and dozens of site meetings, in order to bring the project to reality.

The Chairman is rightly enthusiastic about what it means for Mousehole AFC:

“A new access road has been talked about for the last 20 years, but it’s taken the last two years of seriously relentless work to get it over the line.”

“This is the latest in a series of continuous developments to bring the club up to a higher standard for everyone – and it’s one of the most important.  It’s a momentous step forward, coinciding with the recent news of promotion to the Western League Premier for 2021/22, and the club’s forthcoming centenary in 2022.”

“The new road will make Trungle Parc easier to find and quicker to reach, and it will certainly provide a smoother ride than our ‘famous’ pot-holed driveway – especially now we have a three-fold increase in attendances at our home matches.”

“People driving to the football or to the adjacent camping site will no longer need to take the route through Paul: this can only be of benefit to those who live in the village.”

“We’re delighted that the Council commended several advantages of the scheme – including the reduction in traffic on the narrow lane through Paul village past local residents’ houses, and the club’s support for a traditional rural craft next door to the football ground.”

“I must pay tribute to a number of people whose interest and generosity helped make it all happen:

“I would urge everyone to look out for details of our fundraising campaign which we’ll be announcing shortly.”