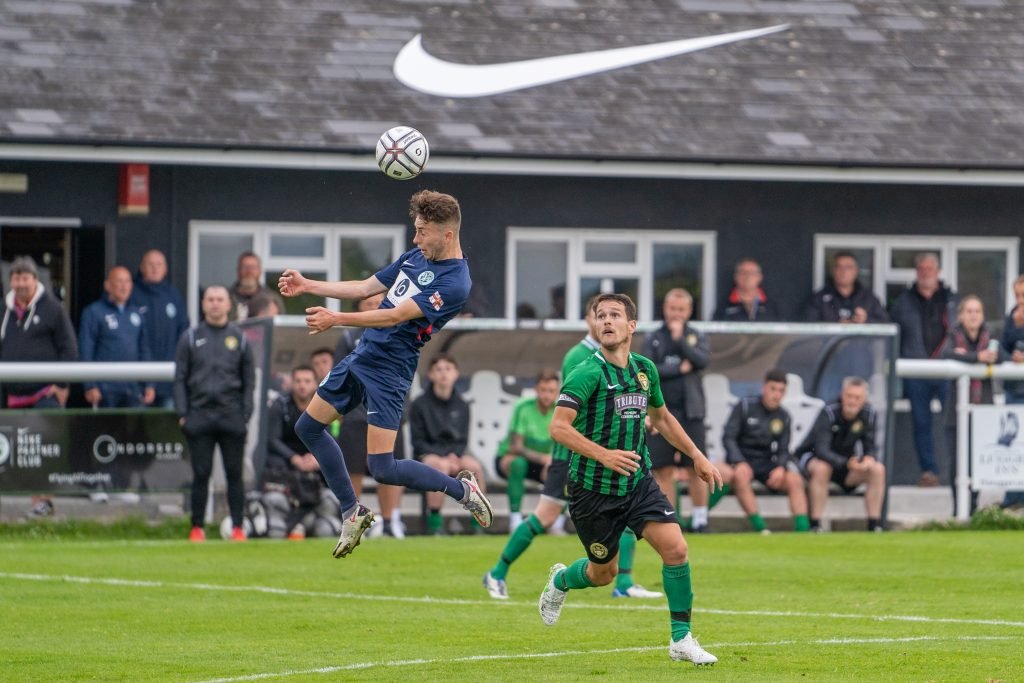 Mousehole, recently promoted to the Western League, hosted their former South West Peninsula rivals in an entertaining encounter full of interest and endeavour, with 80 spectators at an immaculate Trungle Parc watching their first live football since last December.

St Blazey, with a new management team under experienced manager Phil Lafferty and a re-shaped side containing some well-known names, are widely tipped to do well and challenge for the single promotion place available this season.

The game was uneventful for the first half hour, with plenty of tough tackling, but burst into life with three goals in eight minutes.

Mousehole took the lead when Callam Mconie swerved a left-footed free kick from 25 yards low inside the near post on 32 minutes, and then two minutes later Tallan Mitchell led a high press to present Hayden Turner with a goal from an angled shot for 2-0.  The same pair combined in a neat one-two on the edge of the box for Tallan Mitchell to side foot low into the far corner on 40 minutes.  At the other end Cory Harvey made a good low save from a 10-yard drive and Neil Slateford just missed the far angle for the visitors before the interval.

Just before the hour, Tallan Mitchell exploited the space 30 yards out to score his second goal with a low shot inside the post, but the visitors then came back into the game with some promising attacks and a couple of missed half-chances.  Right at the end, Sean Roberts marked his comeback after a lengthy injury lay-off when he completed the scoring with a header following a fine left-sided break engineered by Jamie Devine.

Next up in the pre-season schedule is the visit to Trungle Parc of Jason Blunt’s i2i Academy on Friday evening (9th July) with a 7pm kick off.