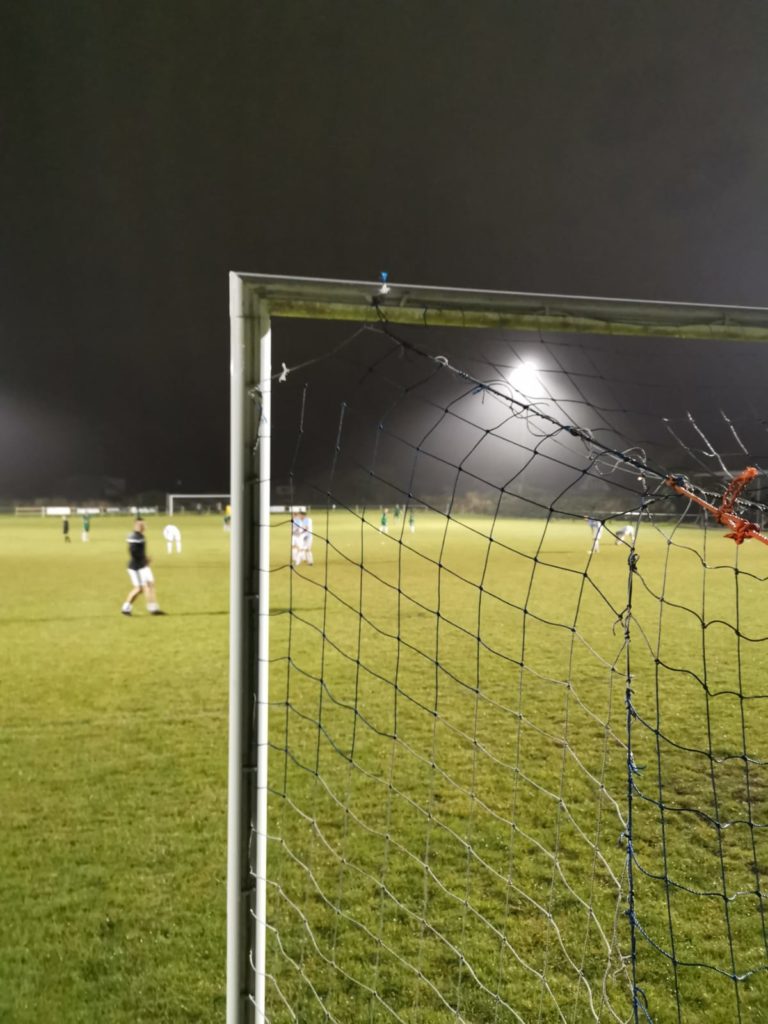 The Seagulls got the job done – three points away from home, a second consecutive ‘clean sheet’, with a much-changed line-up, on a misty and drizzly evening at a difficult venue, against an energetic Godolphin Atlantic.

The win takes this season’s unbeaten run to nine since promotion, ahead of arguably the biggest league match in the club’s history, a home fixture against table-topping St Austell this Saturday (3pm), with the leaders now a mere three points ahead from the same number of games.

Manager Jake Ash made several changes to the squad compared with last Saturday’s convincing 5-0 performance against Liskeard Athletic, and the replacements all played an important part in the win at Godolphin, who are re-building after the departure of some of their long-standing players in the summer.

The hosts rarely made inroads into the Mousehole defence, their main weapon being a series of 30-yard long throws into the box.  But Corey Harvey still had to be alert on two early occasions, parrying a fierce angled drive by Ben Colquahn in the 10th minute and then tipping over a dipping shot from 20 yards by Craig Harvey on 21.

Kieran Toland put the visitors ahead in the 16th minute with his 11th goal of the season, after Gerens James’ short lay-off created the space for a 20-yard effort, with diving keeper Ryan Holland beaten by the power of the shot as it spun high into the net off his body.

Mousehole had their customary superior possession throughout the half, Amara Bakayoko coming closest with shots blocked in the 20th and 30th minutes, and Tom Hands’ superb cross from the left just evading Gerens James in front of goal on 33, while Rheiss McClean’s forward bursts nearly brought goals in the 37th and 42md minutes.  At the other end Billy Curtis bravely blocked Craig Harvey’s goalbound drive from within the area on 35 in a rare Godolphin threat.

The second half continued in the same vein, Holland saving Gerens James’ low drive on 51, Ben Williams heading against the outside of the post from Rheiss McClean’s curving cross on 67,  James again coming close with a shot just past the post on 75, and shortly afterwards Holland putting himself in the way of another Bakayoko pile-driver.

Just as Godolphin might have been thinking of mounting a late challenge at only one goal behind, Mousehole got the second goal their play fully deserved on 77 minutes.  Gerens James and substitute Scott Imade worked a fraction of space on a congested 18-yard line with a nimble one-two, with the quick-footed Imade being tripped just inside the box and then hammering home the penalty kick underneath Holland’s dive.

Five minutes’ later the result was put beyond doubt when Bakayoko’s shot was parried by Holland at full stretch and Gerens James scooped the loose ball over the keeper for 3-0.