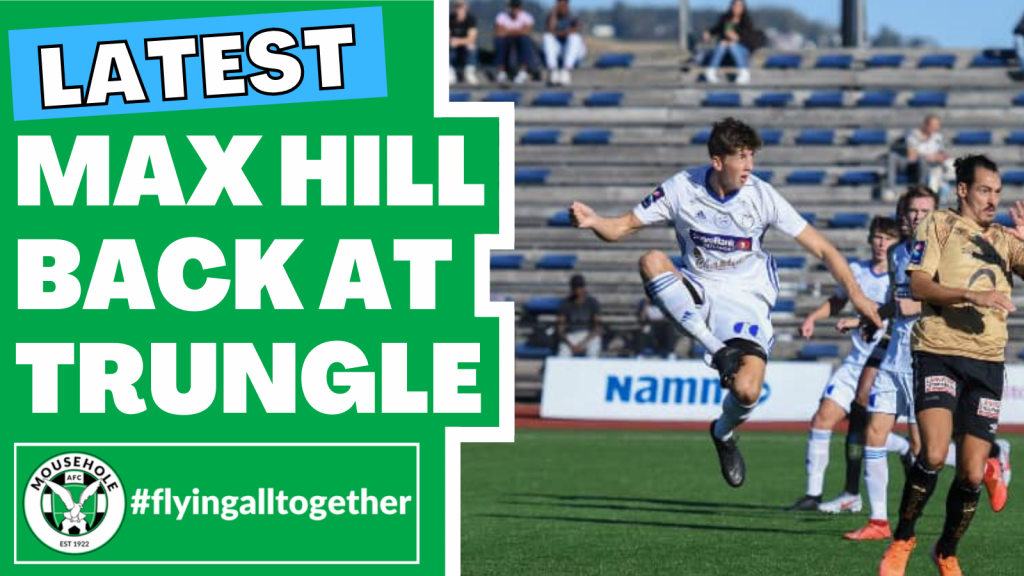 Max Hill was one of the first recruits attracted to Trungle Parc in 2017 by then manager and academy director Jason Blunt, and impressed in his time at the club with his aerial presence and stylish ball control.

After leaving Mousehole, he played for three seasons in the third tier of professional football in Norway.  By helping his side (Gjovik Lyn) to third place in the league in his first season, he was then awarded a two-year contract.  This summer the 22-year old resumed his footballing career in the UK and has been on the books of Step Two club Bradford Park Avenue in National League North.

Adam Fletcher, Mousehole’s Director of Football, says:  “Max and I have been in frequent contact with each other since he left Mousehole.  He departed on good terms and has maintained a close interest in the club in the intervening years.  We’re so delighted to have him return to the fold, obviously as a valuable addition to our playing squad, but also because he’s a young man everyone speaks highly of.”

Manager Jake Ash added:   “Adam and I have been working hard to secure Max’s services, as we knew he would be a great fit for us.  I’m pleased he sees that our programme will provide him with the platform to progress.  It was obvious from yesterday’s training session how much quality and calmness he has on the ball.  But equally, at 6ft 4ins he brings a presence and size to our squad.  I’m really excited to be able to work with Max – ever since we first spoke I was convinced he was a great lad who would apply himself brilliantly once here.”