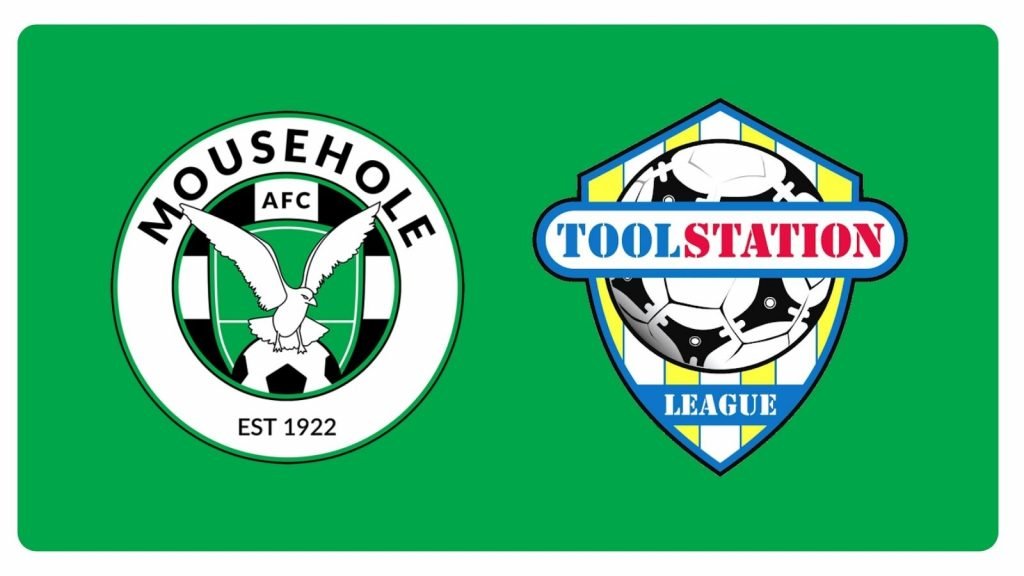 A jubilant Mousehole AFC today (Tuesday) received official FA confirmation of their ‘upward movement’ from the South West Peninsula League to the Western League Premier Division for the 2021/22 season.

This follows the FA’s re-structuring of Steps 4 to 6 of the non-league system, in which Mousehole play at Step 6.

The FA’s decision was based on clubs’ points-per-game over the last two uncompleted seasons, together with their ground facilities and financial health.

The Western League Premier has until now included many clubs in the Bristol area, which would have created a major travel challenge for clubs from the deep South-West.

But that is about to change.  Next season, eight of the WLP’s 20 clubs will be within easier reach for Mousehole, with Saltash, Helston and Millbrook also being promoted from Cornwall, alongside Ilfracombe from Devon who join Tavistock, Exmouth and Buckland already playing at that higher level.

At the same time, six clubs on the fringes of the Western League’s current geographical area have been moved sideways by the FA into the neighbouring Hellenic League.

The Seagulls have now risen three steps up the ‘League Ladder’ since the days of their 45-year membership of the Cornwall Combination League.

Jeff Richardson (who now manages the club’s website and social media platforms) and Darren Woodard (currently the football secretary) were joint-managers at the time the South West Peninsula League was formed in 2007.  They recall:

“We’d had a couple of good seasons in the Combo, finishing runners-up in 2006/07.  We applied to be founder members of the new higher-level SWPL, but with our facilities being a bit basic we only just about scraped through on ground grading.  There was some local disquiet about spreading our wings across Cornwall rather than carrying on playing in the area. But despite that, we did quite well in our first season in the new League at Step 7, and finished up in 3rd place.  Just how far the whole club has come since then is truly amazing!”

Renewed success came later when management duo Wayne Quinn and Mark Vercesi claimed a historic and record-breaking League title in 2015/16.  At the time, the club lacked the resources to take promotion to Step 6 – the SWPL Premier then covering both Cornwall and Devon – but those on-field achievements had whetted the appetite for further success.

In 2016/17 the club devised a five-year plan, stimulated by locally-born business entrepreneur and former player Ezra Chapman.  This included improving the facilities at Trungle Parc, supporting the objective of playing at the highest level possible, developing a Youth section to create a pathway through to the First team, appointing coaches committed to a passing style of football, and building a sustainable commercial model to support the overall strategy.

Under the Chairmanship firstly of Tim Richardson and subsequently Deryk Heywood, Trungle Parc has been transformed into one of the best football venues in the region; the finances of the club are in a healthy self-sufficient state; and some 250 youth players across the age range benefit from the coaching philosophy.

Deryk Heywood has been particularly active in spearheading the recent site improvements and securing sponsorship and advertising revenue from businesses in the local area and further afield.  He says a huge amount of work has gone on, but there’s still more to do:

“We’ve got some important pieces of the jigsaw still  to put in place, a couple of which will be announced shortly.”

“In the meantime, we can take a lot of satisfaction from having great facilities, floodlights, and the best possible playing surface thanks to Billy Jacka.  In addition we can count on thriving campsite revenue thanks to Tim Richardson (who’s also got an eye for available grants), a steady stream of commercial sponsorship and advertising, sound financial oversight by former captain and longstanding club Treasurer/Accountant Mark Trevail, enthusiastic leadership of the Youth section by Matt James, and the tireless work of a dedicated Committee and volunteer squad – too numerous to mention by name – some of whom have been ‘Mousehole through-and-through’ for decades.”

“There’s a businesslike attitude and a professional feel about the place, an image that’s continuing to attract business supporters who want to be associated with success and the exposure this creates for them.”

“And of course that goes for the managers, coaches and players, who have provided an exceptional quality of winning football scarcely believable at this level.  Put simply, without the First team’s playing record, we wouldn’t be going up.  As a new chapter opens we all look forward to supporting them as they test themselves against the highest standards of football in the club’s history.”

“So, everyone, whatever role they have, deserves a share of the credit for our promotion.  It brings some real meaning to our motto: The Seagulls – Flying All Together”.

Two years ago, Jake Ash took over as first team boss shortly after a previous FA re-structuring had elevated The Seagulls to Step 6, into the newly-configured SWPL Premier split into West and East Divisions.

In his first managerial role after retiring from an illustrious promotion and trophy-laden playing career at Truro City, Ash led the team to a commendable fourth place and then an outstanding table-topping position before each of those seasons was curtailed by the Covid pandemic.

“Having been in first place before everything came to a standstill, we felt we were in a great position to achieve the objectives the group had decided upon at the start of the season.  Because of that, we are ready for the challenge of competing at the higher level.  I have no doubt whatsoever that this group of players has the togetherness, mentality and skills to do very well at Step 5.”

”Yes, there’ll be extra journey miles and time, but all the players are here because they want to push themselves and be the best they can be.  I’ve experienced the travelling before with Truro City, and if you approach it the right way it can be something enjoyable which adds to the team and the collective.”

“As a coaching team – myself, Adam Fletcher, Andy Graham and Gareth O’Neill – we will continue to reinforce our playing and personal philosophy, which underpins all the work the club does both on and off the pitch.”

Other points about the Western League

The League has been sponsored by Toolstation since 2005

The Western League has its own Cup competition for member clubs: the Les Phillips Cup

A large number of Step 7 clubs moved upwards to Step 6 for 2021/22 to fill vacancies: locally, Penryn Athletic moved up from St Piran (West) to SWPL (west)