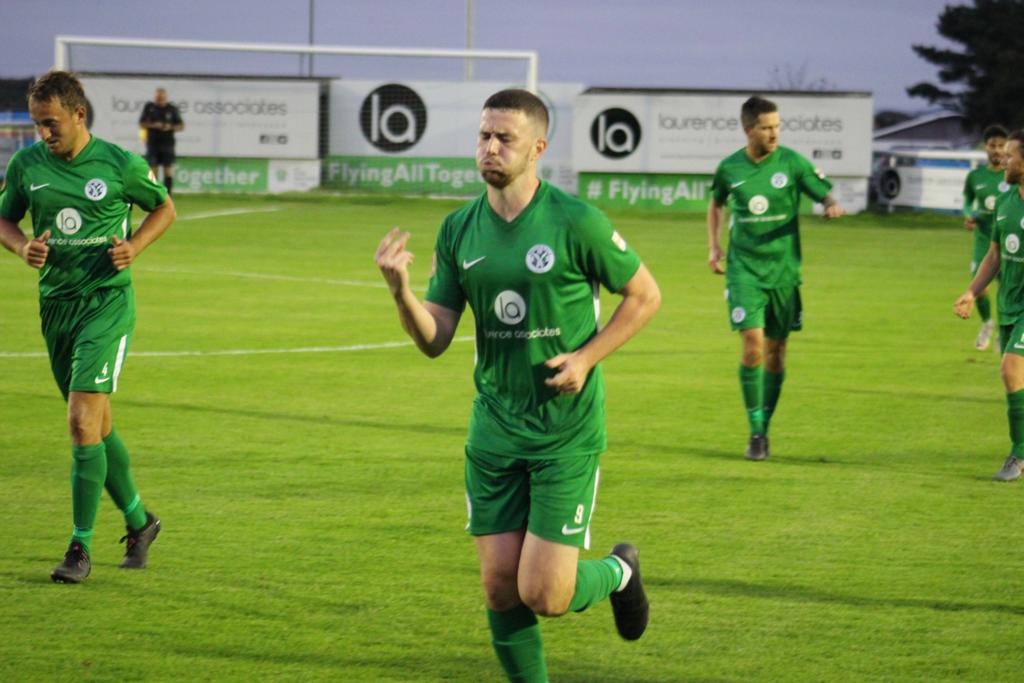 The Seagulls claimed a second good win in four days to maintain their leading position in the early league table, three special strikes in 14 first half minutes seeing off the visitors’ determined resistance.

30’, GOAL:  Mousehole 1-0 Porthleven.  Decoy runs on the right-hand side create the space for KIERAN TOLAND to move inside and drive a left-foot shot from the edge of the box into the far top corner.

38’, GOAL:  Mousehole 2-0 Porthleven.  A blocked shot comes out to STEVE BURT who scores a rare goal with a first-time low shot from 30 yards inches inside the post past keeper Martyn Webster’s outstretched dive.

44’, GOAL:  Mousehole 3-0 Porthleven.  Running at speed on to a loose ball on the left midway through the Porthleven half, PAULO SOUSA twists and turns past the two covering defenders before despatching a fierce left-foot drive past Webster from 12 yards.

80’, DISALLOWED GOAL – Porthleven:  Charlie Young’s close-range header from a free-kick is ruled out for offside.

After all the midweek fixtures, Mousehole are the only side yet to concede a goal, and top the table on goal difference ahead of three other maximum-points teams, Helston Athletic, Dobwalls and Camelford.

Next up for The Seagulls are St Austell (Away), who have drawn both opening games 3-3 and 4-4, followed by Helston Athletic (Home) who have scored five goals in each of their first two games.

This Saturday, 12th September, Away to St Austell, 3pm at Poltair