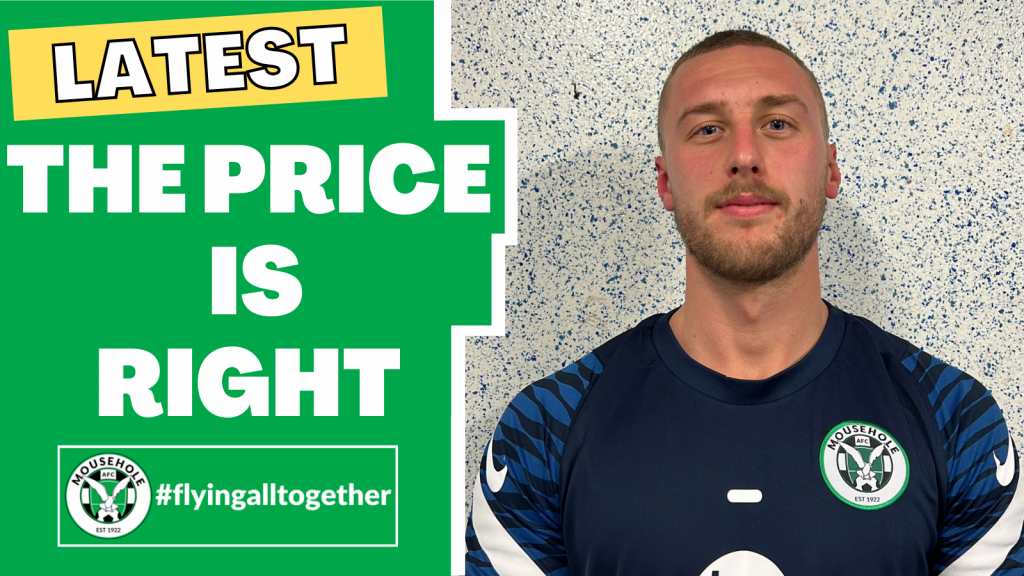 Mousehole have made an important addition to their playing squad in their first season in the Western League with the signing this week of Louis Price from Newquay AFC.

The 23-year old forward has regularly earned plaudits for his performances for Newquay in the South West Peninsula Premier League.

Mousehole’s Manager Jake Ash is confident Louis is more than ready to take the step up to the higher standard of football:

“Obviously every team and every club is always excited about a new signing – it’s stating the absolute obvious. But Louis is such a significant one for us because he brings something completely different to what we have.”

“Every time we have watched him or had reports back – and also when we played Newquay last season – his physicality, strength and desire to be a handful have massively appealed to us.  With the pitches now getting heavier, he will add a totally different dimension to the attacking options we have.”

“He is really keen to learn and develop, and is a great size and age.  I have no doubt he will kick on again here with the coaching team and the group we have, and become a big player for us.”

The newcomer explained his switch to The Seagulls:

“The main reason really is how good the set-up is at Mousehole – the professionalism of it all – it’s something I want to be part of.  It will also be good to team up with Callam Mconie and Hayden Turner, who I’ve known for years.”

In their first season after promotion to Step 5, the Seagulls are currently in mid-table after completing a third of their League fixtures, but have several games in hand on the teams above them. Louis Price is expected to be in the squad as they look to continue a good run of form this Saturday (6th November), when the visitors to Trungle Parc are Cadbury Heath (3pm).  Mousehole won the away fixture against the east-Bristol side by 3-1 in September.